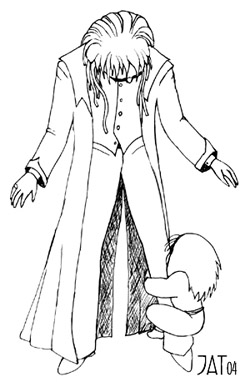 (With a little help from Lutra, and partially inspired by the 'leg-limpet' pic. The story of which is somewhere on my blog... If you like, consider it the first time Poppy met the Mary Sue Avenger.)